Step by step guide to upgrade the latest software image on F5 units. The procedure is still the same whether you upgrade a single unit or active/standby F5 deployed environment.

Step 1 - Upload Images to both Active and Standby Units

Important Note: The license reactivation process may reload the configuration and temporarily interrupt traffic processing. So do not perform on Active unit at this stage. 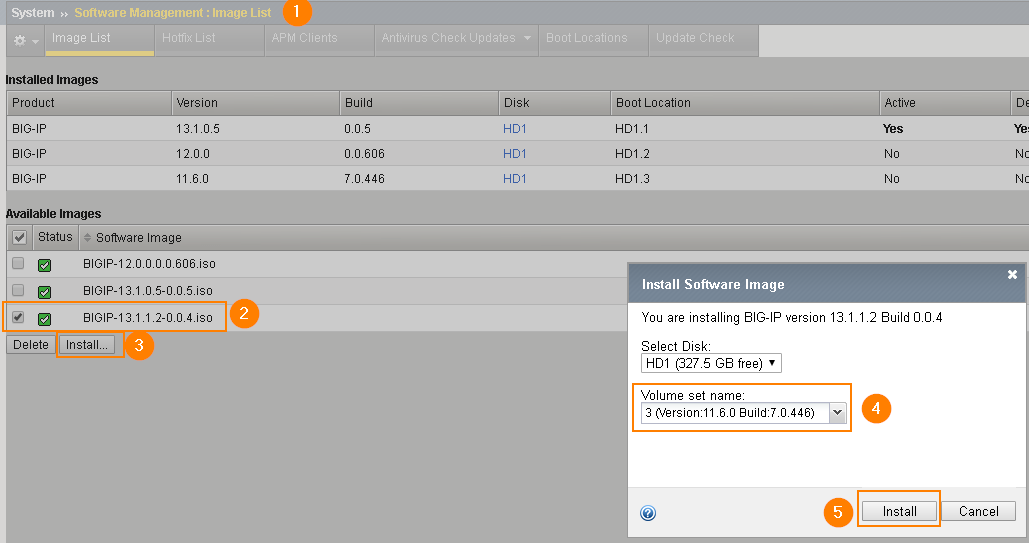 Important Note: Once after you click Activate button, F5 begins the activation and reboots on its own to complete the process. 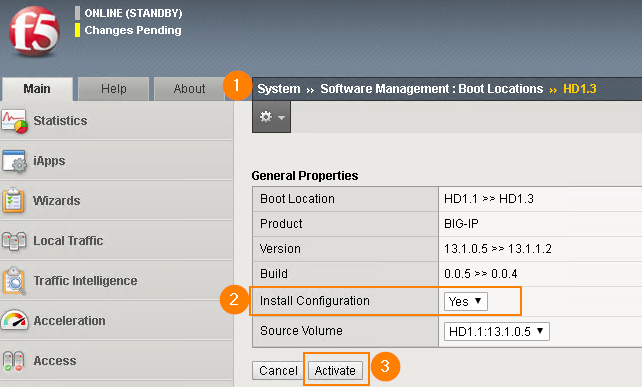 At this stage, Active F5 unit ACCEPTS client traffic and it is running an older version than Standby, however fail-over to Standby unit is still possible.

Final Step - Activate the latest image on Active Unit, similar to above step.

In case, you want to return back the role of Active state, once again execute following commands to force fail-olver.